Halloween is just around the corner and to celebrate the spookiest and orangiest of holidays we here at Oh, It’s a Podcast are helping you decide which films to binge under the covers this year.

There are so many great horror movies (and even more shitty ones) that it can be overwhelming to choose which to watch this Halloween. Well, not to worry, we have picked for you. That’s how helpful we are. Very.

As with our list last year we have picked 6 films, because 7 would be ridiculous and 5 is, like, nothing. These aren’t the best of the bunch (except one of them might be), they are simply the films we are “feeling” this Halloween.

What do you think of our selections this year? Are there any horror movies you’re “feeling” this Halloween? Let us know in the comments. 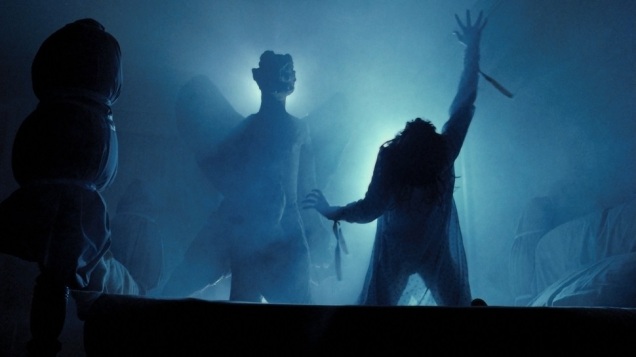 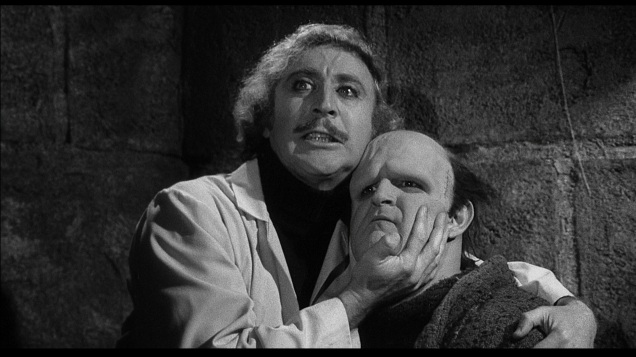 The hidden element that makes Young Frankenstein work so well – apart from the brilliant performances, iconic dialogue, and laugh-out-loud humor – is Mel Brooks’ and Gene Wilder’s obvious love of classic Universal horror pictures. From the grand opening credits played in front of a looming shot of an ominous castle, to the doom-implying lightning strikes, to the slightly distorted dialogue, the filmmakers create the correct mood out of genuine admiration for the films they are parodying and therefore help their own film in the process. The trick to nearly all great parody films is a sense of genre. The films feel like genre films. Shaun of the Dead plays out like a zombie horror film. Austin Powers is a spy film. This is Spinal Tap! is a genuine rock documentary. And Young Frankenstein is a deep-rooted classic monster movie. Young Frankenstein was, at its heart, Gene Wilder’s film. He had the idea, put the pieces in place, wrote most of the script, and wanted to stay true to his vision. So in memory of Gene at his best, we felt the need to include a film that might not be scary, but is in its truest sense a horror film. 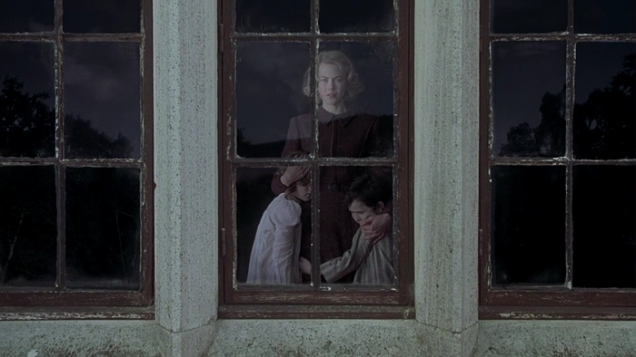 Even without its twist ending, The Others would be a respectably scary, well-crafted ghost story. Nicole Kidman puts in a solid performance, the kids have that inherent creep factor about them that all horror kids should have, and their house is big and old with some interesting rules about doors. But its twist is what really makes The Others something else. Some twist endings are only good once for a shock, and some make the movie fun to go back and rewatch in a new light, but The Others’ sticks with you, not only on subsequent viewings, but while watching other movies. It paints ghosts everywhere in a whole new light. Maybe they’re not evil. Maybe they don’t even know they’re haunting you. Maybe they’re just allergic to light. It’s plenty scary, sure, but what really sets The Others apart from your average horror movie is that it’s so damn interesting. 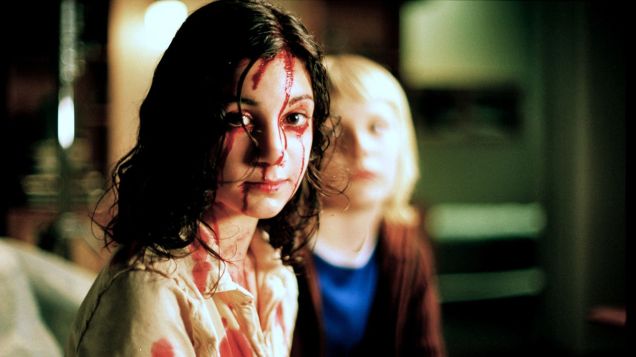 Let the Right One In’s greatest success, and the one that has kept so much of it burned in my mind for so many years, is its marriage of the gentle and the horrifying. Its main characters, Oskar and Eli, are both young, at least by appearance, yet both harbor an incredible proclivity for violence. Desperate to feed, Eli savagely consumes the blood of an innocent man under the peaceful cover of a silent winter’s night. Eli’s guardian Hakan must commit atrocious acts to enable her hunger, but he does so as much out of love as he does out of responsibility, and when tested, he demonstrates his deep sense of duty in the most horrific way he can. The film’s grisly climax occurs mostly off camera, and its hopeful conclusion belies the fact that monsters old and new are loose in the world. Let the Right One In is occasionally beautiful, often romantic, and always terrifying, even if you don’t see it on screen. 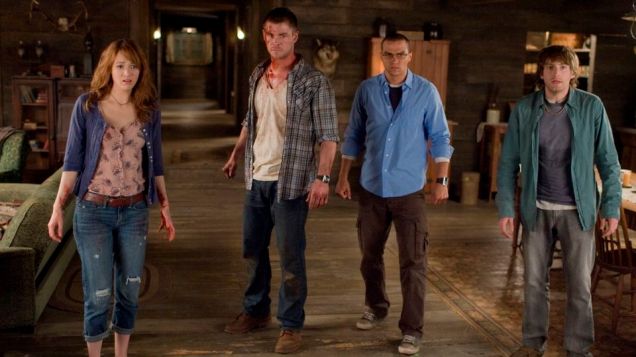 Aside from being stuffed with sly humor, winning performances, and genuine thrills, The Cabin in the Woods also serves as an example of meta commentary at its best.  As the film concerns exactly why people in horror films keeping doing stupid things, the movie retroactively explains nearly every horror film ever made. The questions we ask ourselves in jest while watching scary movies: “Why would you split up?” “Really? You’re really going to have sex now?” “Stop tripping!!!,” are all explained in brilliant fashion. Co-written by director Drew Goddard and Joss Whedon, The Cabin in the Woods is not only a great horror comedy, it’s quite brilliant. 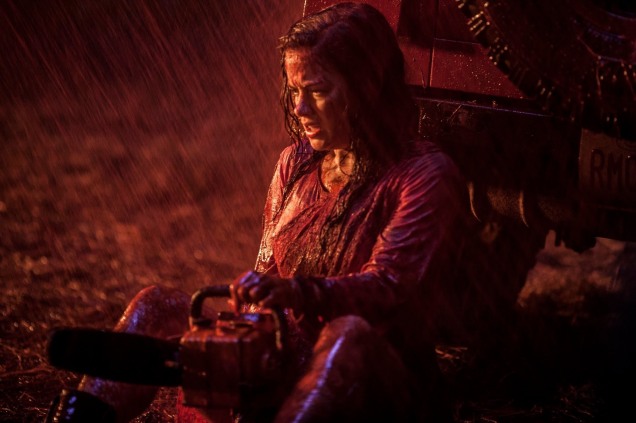 In honor of Fede Álvarez’s great Don’t Breathe (in theaters now!), we wanted to pay tribute to his debut, 2013’s Evil Dead. The remake of the Sam Raimi classic was a pleasant surprise in the sense that, unlike most horror remakes – most remakes in general, really – it was actually really good. And more importantly, it really embodied everything a remake should be. The original Evil Dead is known being as over-the-top as can be, making the most of what little it had. It would be easy for the updated version to be more of the same: a horror-comedy full of obviously fake blood and purposely bad acting. Instead, Álvarez and co. took those same ideas – the minimalism and the gore – and made a movie entirely their own. The plot was simple, but mostly devoid of comedy. The gore was more plentiful than ever, but it looked real. After the gore was done, then there was even more gore. I really can’t emphasize the gore enough. It’s an incredibly fun bit of horror in the woods that stands on its own two feet but never forgets where it comes from.